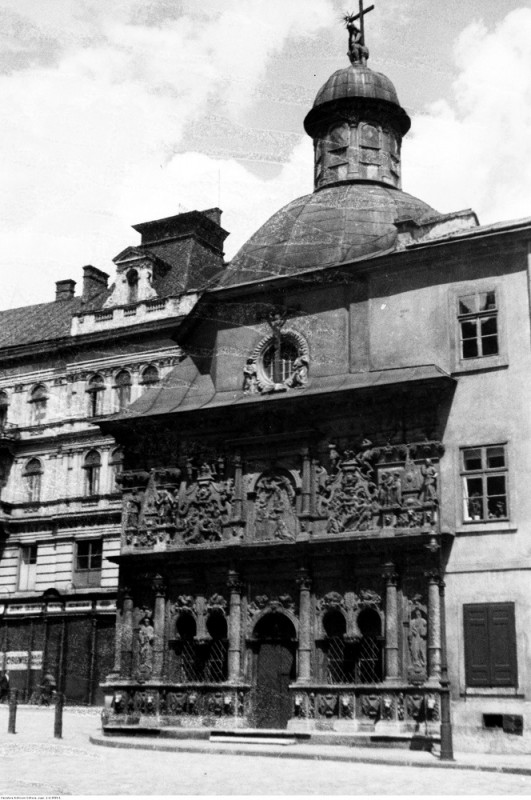 One of the most recognizable landmarks of Lviv is the late Renaissance Boim Chapel, located next to the presbytery of the Latin Cathedral. The chapel has an unusually rich stone architectural decoration of the façade and stuccoed interior. It has never been restructured or remodelled, which makes it an almost authentic example of 17th century architecture and sculpture.

The chapel was founded by a cloth merchant Jerzy (George, György) Boim, who came from Hungary and settled in Lviv during the reign of Stefan Batory. In 1590 he married Jadwiga Niżniowska. In the period between 1603 and 1608 he served as a municipal juror, and in 1611 he became a member of the Lviv City Council. He died in 1617 and was buried in the chapel he had founded.

The chapel is also the resting place of his son, Paweł Jerzy Boim, who studied philosophy and medicine at the University of Padua and then returned to Lviv. In the years 1620- 1641 he was a city councilor, from 1627 he was the mayor. An interesting figure was his grandson Michał Piotr Boim, who after joining the Jesuit order worked as a Polish missionary in China, under the name Pu Mi-ko Che-jüen. He studied Chinese medicine and authored a "Chinese Atlas" consisting of 18 plates.

Towards the end of the 18th century the Boim family died out and the chapel found itself under the care of the Cathedral Chapter. A report from an inspection in 1817 states that after the bodies had been removed from the crypt it was used for storing wine, and the building occasionally served as a pre-burial chapel for canons and cathedral vicars. Apart from these ceremonies, "kitchen and household items" were stored in the chapel.

In the first half of the 19th century renovation works were carried out and regular services were resumed. In the second half of the century, with the development of doctrines and structures of conservation services, there was an intense interest in the chapel. The first inventory drawings were made, there were publications on the chapel, and the bad condition of the building and the necessity of its restoration were repeatedly reported. However, a wider scope of work was first undertaken in the years 1925-1927 under the direction of Professor Tadeusz Obmiński.

In 1932 the Boim Chapel was recognized as a historic landmark. In the years 1945- 1967 the building was closed and served as a warehouse. In 1967 it started to house a branch of the Lviv Art Gallery (since 2013 known as the Borys Voznytsky Lviv National Art Gallery).

The Boim Chapel was of great interest to 20th century art history researchers. Czesław Thullie and Władysław Łoziński attributed the stone decoration of the façade to the sculptor Hanusz Scholz from Silesia, while Daniel and Hanusz Blok were considered the authors of other sculptures. Tadeusz Mańkowski was of the opinion that the author of the interior design had been Jan Pfister. Mieczysław Gębarowicz attributed the architectural design of the chapel to Andrzej Bemer. None of the above hypotheses have been confirmed in the sources, so the attribution of the Boim Chapel remains unclear. 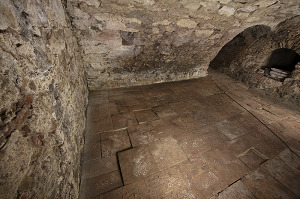 The Holy Trinity and Passion Chapel (sometimes called the Gethsemane Chapel) was dedicated by the Lviv Metropolitan Archbishop Jan Andrzej Próchnicki in 1615. It is a one-storey, square-shaped building with a dome and a lantern, and with a crypt in the basement. It is made of brick, partly plastered, with the façade and part of the back wall decorated in richly carved limestone. The horizontal divisions of the façade - the crowning cornice and the cordon cornice - are blended into the adjacent building, which originally served as a home for sick scholars. At the level of the tambour there are corner gable roofs with a sloping ridge, while above the tambour there is a dome with a copper roof. In the stone-masonry lantern there are leaded windows with diamond-shaped lattice. The lantern is crowned with a small cupola, with a limestone statue of the Pensive Christ at the top. In the wall facing Halicka Street there are painted portraits of Jerzy Boim and his wife Jadwiga.

The interior decoration of the chapel is extremely rich. In its lower part there are wooden high pews and paneling. The altar wall with a tripartite architectural composition comprises Agony in the Garden, flanked by Washing of the Feet and Last Supper. On the southern wall of the chapel there are two richly carved marble epitaphs: the epitaph of Zygmunt Bresler (from before 1618), the first husband of Katarzyna Boim, daughter of Jerzy, and the epitaph of the Boim family (from before 1641).

The upper parts of the walls are separated by wide arcades decorated with metal ornaments and cartouches with winged heads, supported by pairs of putti. The base of the dome is a frieze made of triglyphs and metopes. The dome ceiling is composed of three circles of caissons containing relief busts and coats of arms placed in wide, profiled frames. Between the caissons there are small stars, and between the corners - lion and angel heads. Shallow coffering, ornamented with metal elements and stars, also appears in the cupola of the lantern. 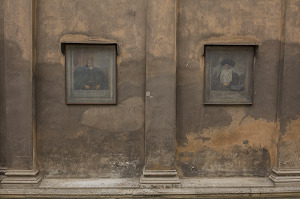 In 2019 the POLONIKA Institute financed making the full inventory and a 3D model of the chapel. The works were carried out by the 3Deling company. 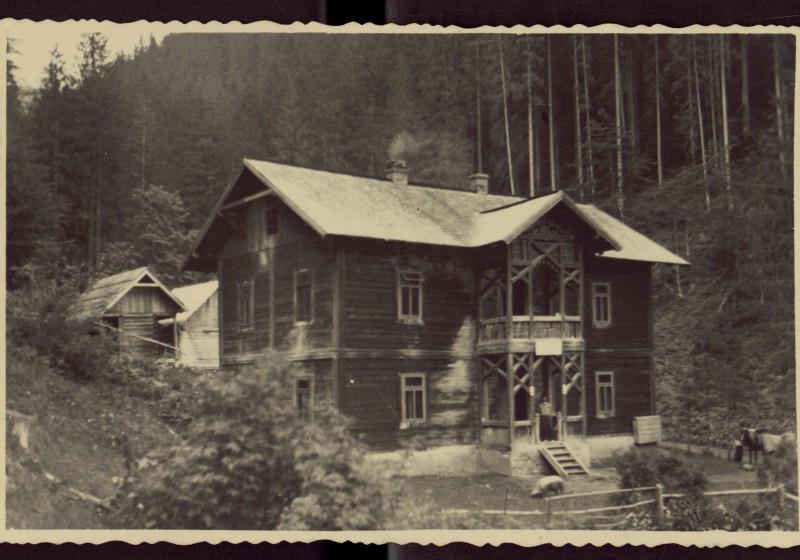 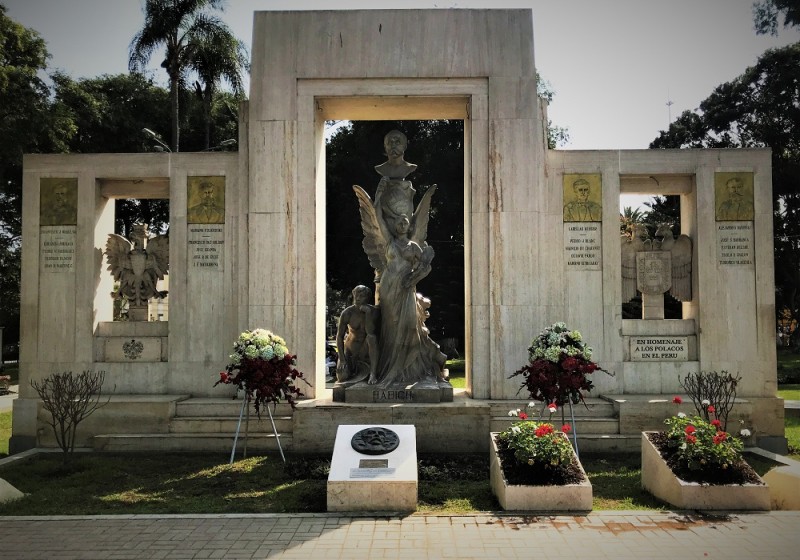 Peru
Monument to the Polish engineering pioneers in Peru 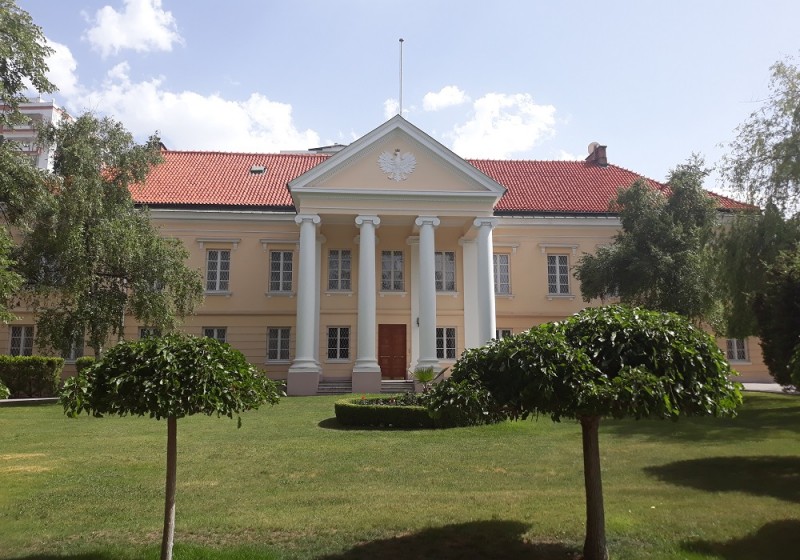 Turkey
The Embassy of the Republic of Poland in Ankara
We use cookies. If you continue without changing your settings, we'll assume that you accept all cookies on the website. Learn more OK